Once upon a time…

Once upon a time, our band of merry synthesisers set off on a journey to a faraway land.  They had heard of a gathering, in a place called Eydin, where some of the most talented synthesisers in all the world would be sharing their tales of missions accomplished and challenges met.  They travelled through the skies, to the top of giant hills and down atmospheric cobbled streets to reach the special meeting place. 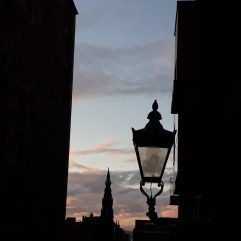 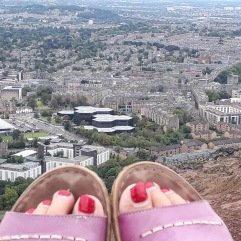 Over the next few days they learned many new things, they were bewitched by the stories of ordinary folk and heroes alike and they told tales of their synthesising adventures to audiences large and small.

In the merry band were two searchers who were cursed to spend many hours looking for evidence in places where it could not be found. While they were travelling, the two searchers met many people who were under the same curse. They shared their ideas and discovered that you do not have to look in many places to find what you seek – you just have to look in the right places and if you share that information, the curse will be lifted.

A ray of light and hope was bestowed upon them by Justin Clark in the form of the Polyglot Search Translator which translates searches from one database to another. This seemingly simple task has plagued searchers from the beginning of time so Justin must be mindful that we do not break his invention with overuse. With the tragic demise of the NHS EED and HEED databases the searchers no longer have one place to go for all things economic but Mick Arbour from YHEC raised their spirits by divulging their research into where and how best to search. Another innovator of search methods, Julie Glanville, awed us with her sorrowful tale of moving searches from Embase Ovid to Embase.com. Surprises were in store for her which she shared with us. Warning: databases don’t always do what you think they are doing.

A final thought goes to Su Golder who has spent many a long year searching and filtering for the elusive studies reporting adverse effects. This time she had turned her inquisitive eye onto surgical interventions and medical devices. It may be some time before this curse, and many others, are lifted but we are very grateful for those doing splendid research to help us find our way through. 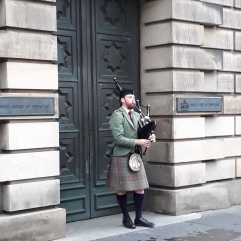 Later, Lisa Hinton regaled the adventurers with tales of the importance of listening to patient’s stories to help us to understand what it’s really like to have conditions like cancer, arthritis or depression.  She explored the value of using patient’s stories as a powerful way to connect with policy makers and medical students.  Spellbound the merry band listened to examples of people talking about their personal experiences from healthtalk.org.  They were left in no doubt that rigorous qualitative research has an important part to play in giving us ‘better evidence’ and should not be regarded as an optional extra. You can find out more by listening to a podcast of a conversation between Lisa and one of the members of #CochraneForAll #BeyondtheRoom team. 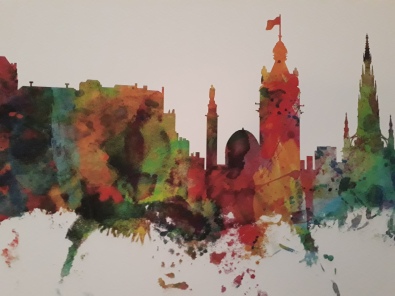 In another part of the special meeting place, people were discussing how the patient voice could be included in assessing the impact of research.  Several ideas were proposed and debated including Citizen Juries and the use of Patient Reported Outcome Measures.  This was a really eloquently discussed session led by Mark Taylor and Adam Kamenetsky but the answers were shrouded in mist – still not fully visible to the human eye. Mark discussed these ideas further in a podcast conversation with The Mental Elf.

Our merry band of synthesising adventurers heard tales of a battle raging far away, but the wise ones reassured them that all would be well.  That evening there was much merrymaking in the house of treasured history and in the caves below. 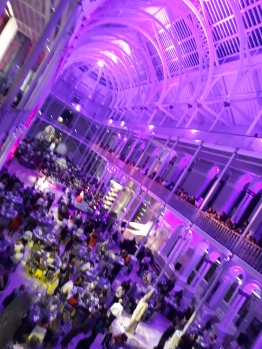 The next day, the merry synthesisers were very weary but they arose from their slumbers while the morning dew still lay on the ground and returned to the special meeting place.  The enchanting experience continued…

Ruth Elwood Martin and Mo Korchinski were welcomed to the gathering and told tales of engaging women in prison, prison staff and academics in participatory health research to address concerns raised by the women themselves.  Their work has been published in the book ‘Arresting Hope’ and is also discussed in this paper. The talk was accompanied by powerful illustrations from the book and the speakers received a standing ovation. This selection of tweets further demonstrates the effect that the speakers had on the audience. 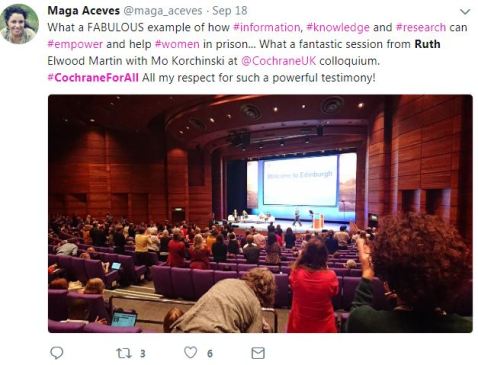 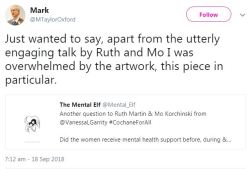 Later in the day, another great speaker took to the stage – Victor Montori captivated the audience with his ideas for ‘… a healthcare revolution of compassion and solidarity, of unhurried conversations, and of careful and kind care’. Thought provoking and engaging – this was a really fabulous keynote. You can listen to a conversation between Victor and one of the members of the #CochraneForAll #BeyondTheRoom team Casey Quinlan (@MightyCasey) and he has also published a book that explores these ideas further.

The stories, tales and legends that the synthesisers heard provoked lots of thought and discussion about how the patient voice can be better heard in research and health care and why this is important.  But is the gate to the PPI castle open to everyone? Or does it only admit those that know the right words to say?  What about people whose voice doesn’t fit?  Have we stopped to wonder what the motivations are of the institutions that are enacting or implementing institutional programmes to enroll patients?  These were tough questions posed by Jen Johanessen in her plenary entitled ‘The Trouble with PPI’. A listen to her conversation with Casey Quinlan (@MightyCasey) one of the members of the #CochraneForAll #BeyondTheRoom team provides great wisdom for future adventures. 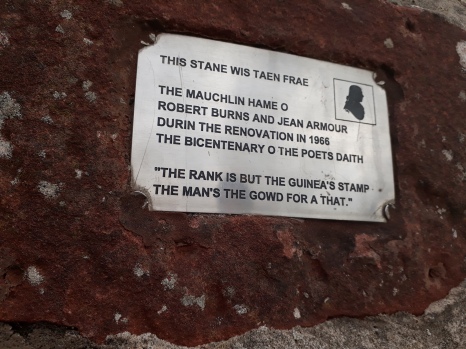 All too soon it was time to thank the organisers of the gathering and bid farewell to the special meeting place.  As the merry synthesisers explored the wet and windy streets of Eydin, amidst tales of blood and gore (and just a little whisky) they discussed one particular image which had captured their imagination.  It was an image of a three-seated tandem cycle shared by Dr Erin Walker.  Erin posed the question who would sit in each seat during an evidence synthesis?  Would the patient be in the front seat? Or the researcher? Or the funder? Maybe the PPI co-investigator? Or the parent? What about the clinician? The adventurers were very weary and couldn’t seem to reach consensus – maybe at different times in the process they would each take a turn in the front seat?

Finally, it was time for our adventuring synthesisers to head back through the rain and winds of Storm Ali.  It had been an inspiring adventure and they were excited to share the knowledge and wisdom they had gathered with the folks at home.

With thanks to Tone Hansen who provided inspiration for the style of this blog post with amazing storytelling about her experiences of being involved in a systematic review.

Footnote: All proceeds from the sale of Why We Revolt go to the Patient Revolution organisation https://patientrevolution.org/ . Proceeds from the sales of Arresting Hope go towards education bursaries for incarcerated women and their children and a peer health mentoring programme for women as they transition out of custody

One thought on “Once upon a time…”